The immune system is our body’s way of protecting itself from dangers that exist naturally in the environment – dangerous pathogens found in the air we breathe, in the food and water we consume, and from the people we come in contact with.

Our bodies are continually on guard, adapting to an ever-changing environment and developing clever and innovative ways to keep us healthy. Working closely with the skeletal, lymphatic, and circulatory systems, the immune system confronts dangerous pathogens, such as viruses and bacteria, that could invade the cells of the body and cause infection or disease.

White blood cells are formed in the marrow of our bones. They patrol the body in search of bacteria, viruses, and other parasites, killing any invaders and filtering the debris into the lymph nodes to be cleared from the bloodstream

Before a pathogen can invade healthy body cells, they first have to find a way into the bloodstream … and that’s not an easy task. We have strong defenses that protect vulnerable parts of our body such as our eyes, nose, throat, and reproductive tract from infection.

Born To Be Alive!

The innate immune system is the immunity we’re born with. White blood cells known as leukocytes are produced in the red marrow of our bones and then differentiate into a variety of components that each have different abilities and functions.

For instance, the most prevalent type of leukocyte are the neutrophils that patrol the bloodstream in search of pathogens to engulf and digest. The eosinophils and basophils release chemicals that place the immune system on alert and cause the walls of the blood vessels to dilate so that platelets are able to rush to the site of an injury to control blood loss. And the lymphocytes, or “natural killer cells” have the ability to kill an infected body cell before it has a chance to replicate.

When the cells of the innate immune system are overpowered by the numerous strains of bacteria and virus we come in contact with, then the adaptive immune system is activated. This type of immunity consists of B-cells and T-cells with a much more aggressive strategy; when they encounter a disease-causing microbe, they can modify their function to eliminate that specific pathogen, and then stay on guard in the bloodstream for years.

When a B-cell is confronted by an invading virus or bacteria, it collects a small fragment of the pathogen, known as an antigen, and places it on its own outer membrane. The B-cell then travels to the lymph nodes and connects with a “helper” T-cell that releases chemicals known as cytokines into the bloodstream. The immune system is placed on alert and the “effector” T-cells are activated. The effector T-cell “reads” the antigen on the B-cell, creates custom-made antibodies, and then searches for that specific pathogen in other parts of the body. At the same time, “memory” T-cells are created that continue to replicate in the bloodstream for years to quickly release antibodies and prevent re-infection in the future.

The lymphatic system is a network of vessels, nodes, and the clear “lymph” fluid that filters the destroyed pathogens and other cellular debris from blood plasma, effectively “cleaning” the bloodstream. 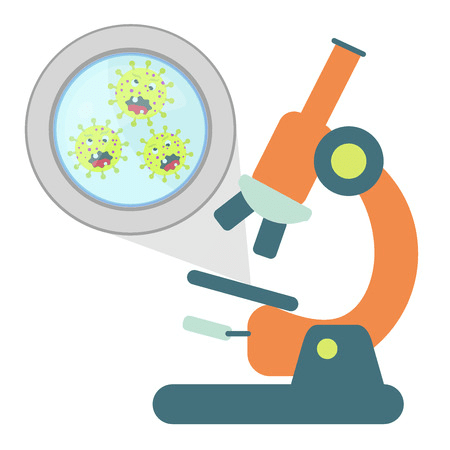 For the blood of the circulatory system to nourish the cells of the body, it has to flow into the tiniest capillaries. The larger red blood cells stay behind while the white blood cells flow into the minuscule space between the cells of the body. This interstitial fluid is monitored by the lymphatic system for bacteria, viruses, and germs … any type of pathogen that could potentially cause disease.

There are approximately 400-500 lymph nodes arranged in clusters around the body, mostly in the underarms and abdomen. They contain white blood cells known as lymphocytes, mainly the B-cells and T-cells of the adaptive immune system. As dangerous pathogens are filtered into the lymph node, the lymphocytes react to the presence of antigens and start to create antibodies that flow through the lymphatic vessels and into the bloodstream.

The network of lymphatic vessels appears to follow a similar pathway as the arteries and veins of the circulatory system, but the lymphatic system isn’t powered by the heartbeat and it only flows in one direction, upward toward the heart.

The interstitial fluid drains into the lymphatic vessels that flow upward, stopping off at the lymph nodes where it’s filtered and purified. The “clean” lymph is then returned to the circulatory system through the right or left subclavian vein above the heart

Other parts of the body that support immunity are the tonsils, which trap contaminants from the air we breathe, the thymus gland where T-cells grow and mature, and the spleen that filters the blood, eliminating debris from the pathogens destroyed by the white blood cells of the immune system.