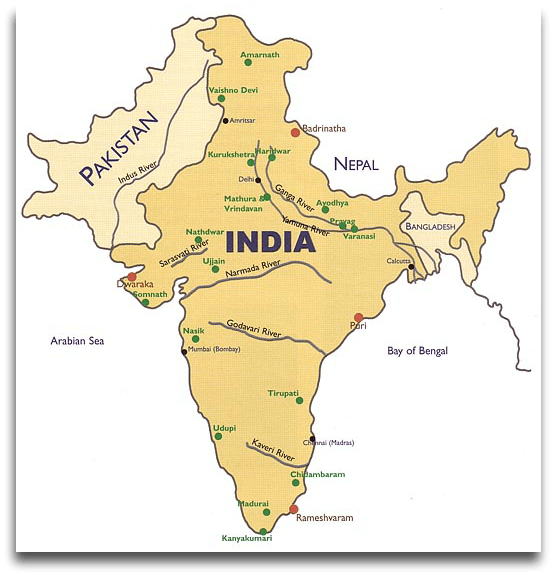 The Ancient Writings of Hinduism

The traditions of the Hindu religion vary geographically, but they have in common a set of core beliefs, the pathway known as the “eternal way” that each individual Hindu walks to reach transcendence.

Hinduism is said to be the oldest “living” religion. For thousands of years, it’s traditions existed only in the memory of gurus and holy sages who recited stories and chants to teach about the origins of the universe and the principles of dharma, karma, and reincarnation.

The oldest written texts are the four Vedas. Each one, the Rigveda, the Yajurveda, the Samaveda, and the Atharvaveda, is divided into four parts:

The ancient texts of Hinduism were written in Sanskrit by holy sages who were said to be divinely inspired.

The Gods of Hinduism

Hinduism is a polytheistic religion that recognizes numerous deities, some that are central to the core beliefs of the Hindu religion and many that originate within local villages or families.

Hindus believe that an ultimate power, Brahman, exists in the universe and within every life form. This power is divine in nature and often personified by three gods, Brahma the creator, Vishnu the protector, and Shiva the destroyer. As these three gods interact, the universe is continually being created, destroyed, and preserved in a cycle that represents the Hindu concept of Samsara, or reincarnation.

Particular “Devas” are supernatural beings that represent various characteristics of Brahman. Hindus believe that these gods and goddesses are present everywhere in the universe and they can be communicated with at a community temple or small alter within their homes.

In the countryside, the rivers, mountains, and towns are considered sacred as well, believed to be either the birthplace of a particular deva or the place they reside.

A core tradition of the Hindu religion and the goal of each Hindu follower is the attainment of eternal peace with Brahman. Hindus believe that this only happens after spending many lifetimes on earth deepening their Hindu faith and trying to understand the true nature of the self as it relates to the world.

After death, a Hindu’s spirit could be reborn into either a higher or lower level of existence, the hope being that if they spend their lives in selfless devotion to religion, family, and community that they will be rewarded in the next lifetime.

Karma is the Hindu law of cause and effect.

Hindus believe that their thoughts and actions result in their karma being balanced in either a positive or negative way, and this influences the life they’re reborn into after death. Positive karma could result in a rebirth into a higher social caste, while an individual with very negative karma could be reborn into a lower caste, or even as an animal.

The Hindu religion focuses on the consequences of karma rather than the existence of evil. When an individual is motivated by selfishness, hatred, and cruelty they damage their own karma, and even if they don’t appear to suffer consequences in this lifetime, they are destined to be reborn into a lower life form until they work off their karmic debt.

A Hindu believes that selfless non-violence and devout prayer, for its own sake and not for a reward in this lifetime, will influence their karma in a positive way.

Dharma refers to duty, conduct, and “right living” in the context of Hindu society.

For thousands of years, Hindu society was very strictly divided into four levels or casts; the Brahmins (priests and teachers), Kshatriyas (warriors and soldiers), Vaishyas (merchants), and Shudras (laborers). The level of society a Hindu was born into pre-determined what was expected of him in work, marriage, and as a Hindu follower.

In modern-day Hinduism there is the concept of Ashrama, the four stages of a Hindu’s life:

In ancient times, India’s caste system predestined a person to be either a priest, a warrior, a merchant, or a laborer. Modern day India, with its democratic political system and thriving economy is a much different landscape.

Traditionally, Gurus were from the highest social class. They studied the Vedas to preserve the ancient Hindu traditions, chanting mantras and performing rituals. They were enlightened individuals who were often worshiped as gods themselves. Gurus of the Hindu religion today are priests who not only have a deep knowledge of the ancient writings, they are accessible to the everyday practitioner seeking practical advice about their spiritual pathway.

To honor their traditions and celebrate the passing seasons of the year, the people of India take part in numerous festivals. Some quietly worship in sacred temples while others perform dances wearing brightly colored clothing, sharing large feasts with family members and their community.