Mother Nature at her Deadliest

Storm systems are formed when warm air rises and clashes with cold air, resulting in precipitation and heavy winds.

Hurricanes and Tornadoes are made of the same elements of air and water as regular thunderstorms, but they have the potential to grow in size and build up a rotational velocity that allows them to cause short-term but devastating destruction to anything in its path.

These types of storms spin simply because the earth is spinning. Meteorologists explain that a phenomenon called the Coriolis Effect causes wind and precipitation to arc toward the right in the northern hemisphere, creating storms that rotate in a counter-clockwise direction, and toward the left in the southern hemisphere, resulting in storms that spin clockwise.

How are Tornados formed?

“Tornado alley” in the mid-western United States sees more tornado activity than any other country in the world.

Cold air from the Rocky Mountains collides with warm air from the Gulf of Mexico, and winds begin to spin unpredictably. Wind direction within a tornado spins chaotically both in a circular direction and vertically.

High in the sky, they’re usually connected to a dangerous cumulonimbus cloud while they touch down on earth, sweeping up anything in a pathway of destruction that could measure up to two miles wide and many miles long.

Tornado alerts sound in regions where storm activity is likely, but a tornado isn’t classified until after it dissipates, allowing scientists to observe the damage it caused and place it on a scale ranging from F0-F5. 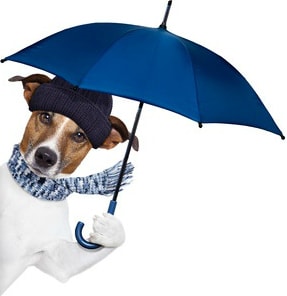 What Causes a Hurricane?

Hurricanes, in contrast, form in the ocean during the summer and early autumn.

They gather speed as warm water evaporates and rises, clashing with cold air higher up in the atmosphere. As the water cools, condensation begins to form, creating torrential rainfall that contributes to coastal flooding as powerful storm surges flow inland.

Hurricane winds mostly blow horizontally, and for this reason “hurricane hunters” have been known to safely fly a plane through the center of a storm, dropping instruments into the winds to measure speed and precipitation.