How Leap Years Are Calculated

How Leap Years Are Calculated

There’s a February 29th this year!

Centuries ago, humans measured time simply by observing the pathways of the sun and the moon. Modern-day calendars use mathematical calculations to more precisely determine the length of the days, weeks, and months, resulting in a calendar that coincides from year-to-year with earth’s place within the solar system.

Scientists are able to precisely measure the movements of the earth and moon relative to the sun, but these orbits are imperfect and continually in flux. These natural variations mean that mathematical computations are needed so that the months of the year occur reliably during the same seasons over a span of time.

The moon is locked in orbit around the earth, appearing to cycle through phases as the light of the sun is blocked by the earth. Astronomers have determined that the gravitational force that keeps the moon in place is slowly weakening. As a result, the moon is pulling away and the length of a day on earth is increasing – at the pace of about 5 hours every billion years.

The earth is tilted at a 23-degree angle as it orbits the sun in one year’s time, causing the sun’s heat and light to shine fully on the northern hemisphere (solstice), then directly at the equator (equinox), then on the southern hemisphere, resulting in seasonal changes in the north and south.

Also, the pathway of the earth around the sun is somewhat elliptical. This means that the speed of the earth as it orbits the sun is continually changing; it speeds up as it nears the sun and then “slingshots” away into a slightly more distant orbit.

So, What Is A Leap Year?

The Gregorian calendar is used in almost every country around the world. It is based on the length of a solar year as the earth orbits from one vernal equinox to another.

Scientists have determined that the time it takes for the earth to orbit the sun is, on average, 365.242189 days. This is approximately ¼ of a day faster than the 365 days of a calendar year. By adding one additional day every four years, this slight difference is accounted for.

The “Beginning” of Time

Though the Gregorian calendar is recognized for secular purposes in most countries, other calendar systems are used to determine when religious festivals and other national holidays will be celebrated. They are based on either the lunar year or the solar year and they have their own symbolic names for the days of the week and months of the year.

Some also differ on what year it actually is. We usually associate year 1 (AD or CE) with the birth of Jesus and the start of Christianity. The Gregorian calendar, though, was devised by Pope Gregory VIII in 1582 when he added modifications to the Julian calendar that, in turn, had previously been the calendar of the Roman Empire. 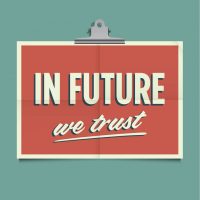 The Islamic calendar is a lunar calendar with the historical origin being the Hijrah, the year when the prophet Muhammad migrated from Mecca to Medina to establish the religion of Islam (approximately 622 CE). The year 2020 is equivalent to year 1442 on the Islamic calendar.

An example of a lunisolar calendar is the Hebrew calendar that adds an additional month every 2-3 years to prevent the months of the year from shifting through the seasons. Maimonides, a Jewish scholar living in north Africa in the 12th century, determined that year 1 should be when God created the world, said to be in approximately in 3761 BCE. It is year 5781 on the Hebrew calendar.