Members of the House of Representatives work within the political arena of Washington DC to represent the men, women, and families “back home” in their state districts. They spend years building relationships and strengthening their influence with other politicians and businessmen that allows them to create employment opportunities and secure funding for the communities within their district. The number of representatives each state has in the House could shift as districts are reapportioned every 10 years with data provided by the U.S. Census.

The primary role of a member of the House is to create laws that benefit his or her constituents. New legislation means months and possibly even years of committee work, debate, compromising on amendments, and then rallying votes in the House and Senate.

The 435 members of the House are elected or re-elected within their state districts every two years. Each representative manages an office and staff in their home district as well as in Washington. The DC offices of the House representatives are located in the Rayburn, Longworth, and Canon buildings on Independence Avenue, south of the Capital.

The House of Representatives is the branch of Congress that empowers the American people to directly influence the legislative process; one representative = one vote.

Each member of Congress serves on one or two committees and sub-committees within the House, and this is where the real work of passing new legislation happens. When a bill is first assigned to a committee, lawmakers spend weeks or months researching and writing the new law, carefully taking into consideration how it could be opposed or challenged by other members of the House, or by the Senate and the President. Hearings take place during which representatives have the opportunity to subpoena witnesses and question experts, and they could talk with other lawmakers about ways to eliminate obstacles prior to the legislation being placed up for a vote.

Each of the committees within the House focuses on a specific part of the federal government. Besides passing new legislation, committee members are also responsible for oversight of the agencies and programs within their jurisdiction, monitoring projects and approving funding.

At the start of a new Congress, the House elects representatives to these key leadership positions:

The Speaker is elected from the majority party. He or she is responsible for assigning representatives to the standing and joint committees within the House, and is present during House sessions, counting votes and signing the new legislation that is passed on to the Senate for a vote. The Speaker is second in the line of succession to the presidency

Next are the majority and minority party leaders. The leader of the majority party manages the legislative calendar by assigning new bills or resolutions to House committees, scheduling debates, and determining when votes will take place

Representatives of the House work closely with the Senate to fulfill the duties of Congress that are detailed in Article I of the Constitution. These joint responsibilities include passing laws, creating taxes, regulating international trade, maintaining the country’s roads, bridges, and railways, and funding the military.

The House of Representatives has its own exclusive powers as well: 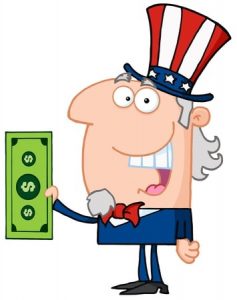